Street cat find a permanent home after being rescued!
After la Pew was found wondering in the streets of Florida, she was taken in by a pig shelter where she was sick and severely matted. She was then diagnosed with Brachycephalic airway syndrome and severe urinary tract infection, and the rescuers had to shave her completely because her fur was in such a bad shape including whiskers and all. After the whole process of being shave d and all that, the poor cat looked exactly like a pug. 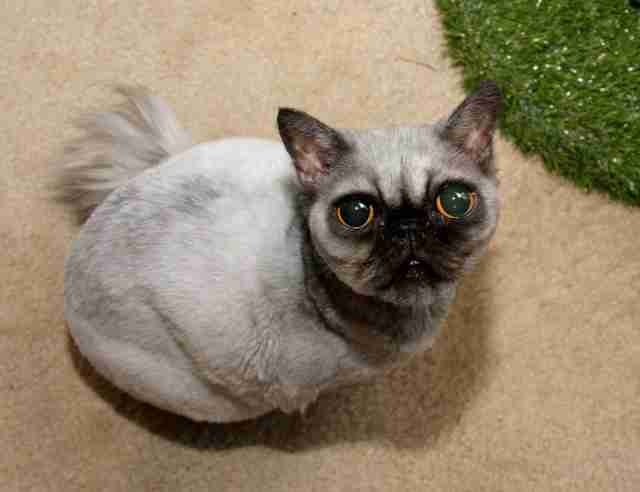 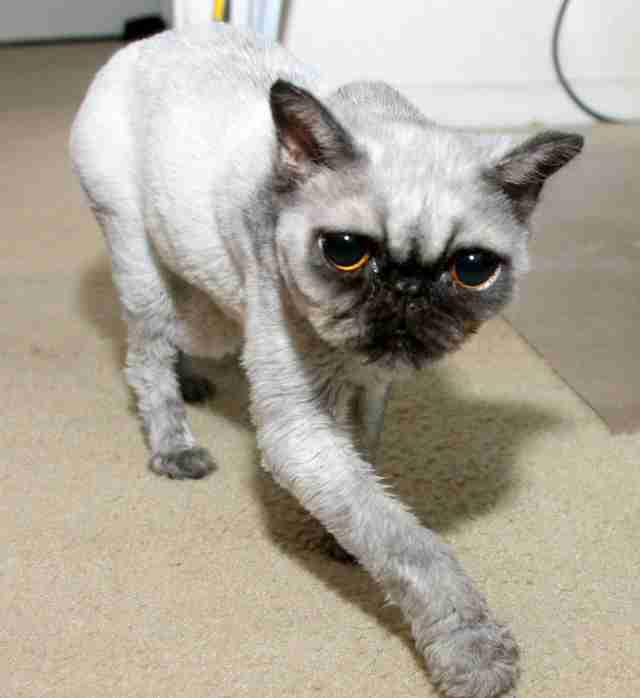 Jessica told the Dodo that La Pew was just too sweet and special so when her friend and husband proposed that they should adopt her, she couldn’t say no. so she talked the agency about adopting her and when she got the official yes booked her a ticket immediately and took La Pew with her to NH. 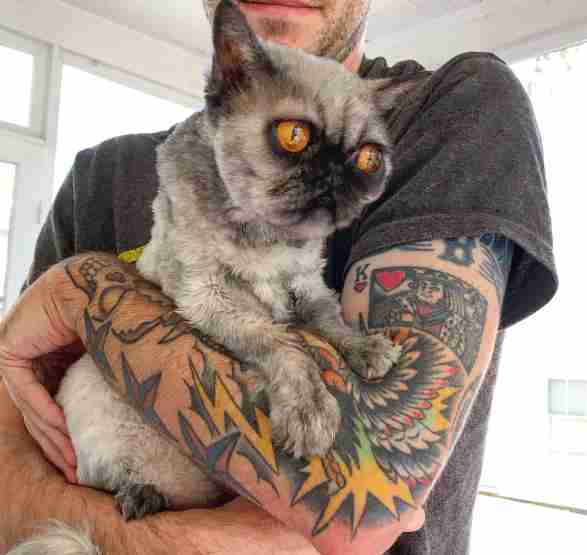 She continued to say that despite the cat’s pug-like face and grumpiness, she was the sweetest cat around and managed to adjust with her new family instantly. She started getting along with the other cats quite well. 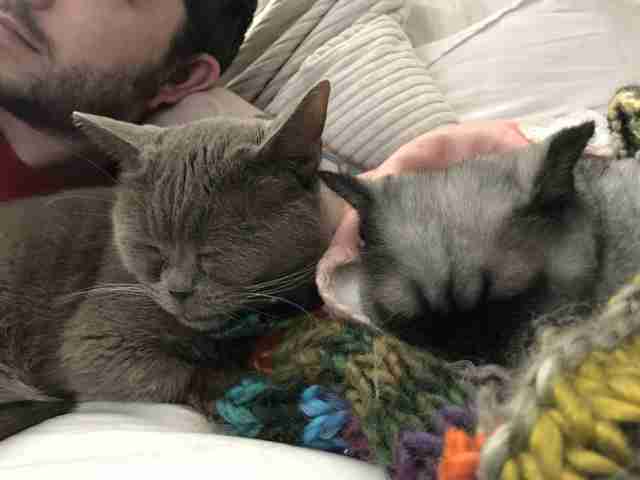 Jessica and her family apparently had some other cats that they had rescued from different circumstances. So therefore, it’s like the other cats knew La Pew had some sort of background history similar as theirs. 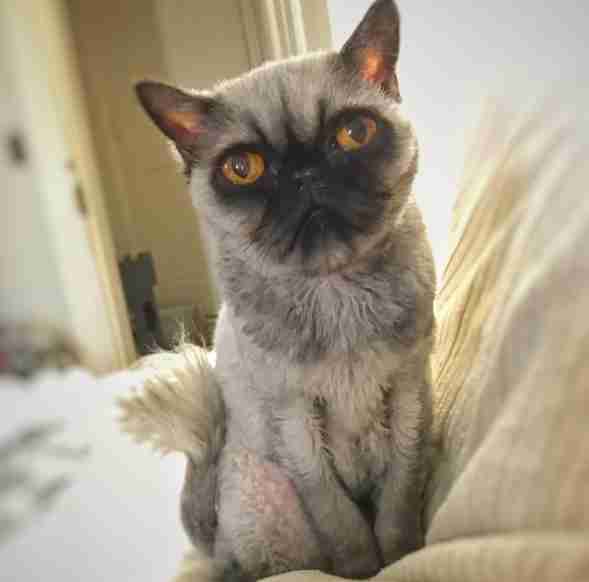 Most people never believed that La Pew is actually a cat but in spite of all that, she is a very calm cat around people even the ones she never met and acts very calm. 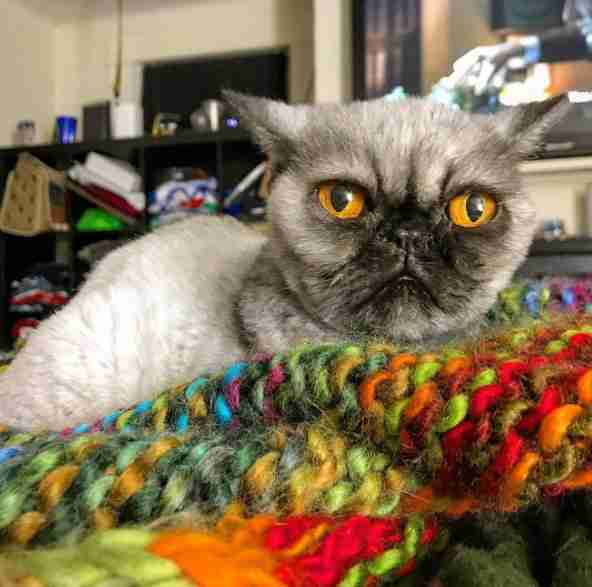 Because she had to be shaved, she does not have the incredible fluffy that most Persian cats have and that is what made her look like a weird pug than a cat. Although Jessica said that she’ll be fluffy again with time. It is so inspiring how she was able to get such a loving mom that accepted her despite all her past and how she looked like a pug.